The novel, Anne of Green Gables was first published over 100 years ago. It describes the life of an orphan who was lucky enough to find a loving home in Green Gables.  So why would your tween want to read it? How could your child identify with Anne and look up to her as a role model?

Well… Anne will teach your child about the real meaning of hardship. She’ll show her what grit and determination really look like. She’ll help her break from the gender-specific roles. She will prove that the power of positive thinking can save you in a difficult situation. And finally, she will show your daughter what true and genuine friendship looks like.

So yah… I think your tween could learn a lot from Anne.

As we all know, Anne’s life has not been all rosy. She is an orphan who bounces from foster home to foster home. When she initially finds a home, it is as a help to a mother with a drunk husband and a heap of children. She has to earn her keep from the get-go. Yet, she does what she has to do to survive. It’s true that in our world, these kinds of hardships are rarely heard of, but our children have to deal with their own types of problems. The fact that Anne persevered through hers, make her an inspiration to many girls to this day.

Not only does she work hard, but she also studies hard. Anne doesn’t have all the resources our kids have today, yet it doesn’t stop her from being the best in her class. She uses the books and advice given to her by her teachers, she attends extra classes and she studies for her tests. Yes, her school is smaller than an average classroom today and the material she is expected to cover is significantly different than that of today’s students, but nonetheless, she uses what little resources she has to become an independent woman.  And that’s exactly what I want my daughter to learn – use what you resources you have to further your education and eventually financial independence.

Anne is Not Afraid of Doing a Man’s Job.

Anne not only helps Marilla around the house, but she also helps Matthew around the farm. As we know, Matthew wanted a boy to help him around the farm, but he got Anne. Anne is not afraid to get her hands dirty.  She breaks the boundaries of traditional male / female roles. Through that Anne shows that girls can do anything boys can do. Isn’t that something we, as moms, are trying to tell our girls today?  If Anne broke out of that mould during her time, it surely encourages our girls to do the same in our times.

Anne Has a Wonderful Imagination.

Anne is easily inspired by books and everything that surround her. When she is all alone in her room in Green Gables, she imagines it to be a very elegant room, filled with expensive furniture and silky bedding. She herself, is no longer Anne Shirley, but rather (as she tells Marilla) Lady Cordelia Fitzgerald.

No-o-o, it’s not exactly my name, but I would love to be called Cordelia. It’s such a perfectly elegant name.

Even though she can be overly dramatic at times, she is also very creative and inventive. These days, children don’t exercise their imagination enough, so having a role model like Anne, to show my daughter that is OK to “run away” into the world of books or make-believe lands is, in my opinion, a blessing.

Easy Goal Setting and Vision Board for Kids

She uses her imagination to create a pleasant world during the time of hardship. It’s like a coping mechanism to help her get through a tough time. She uses her imagination in a very positive way, pretending she is far, far away from her worries. I may not necessarily want my tween to daydream all the time, as it will easily get her into trouble, but Anne could most certainly teach my child that you can take a breather and cope with an unpleasant situation more easily if you imagine it to be something more positive.

Ann has only one friend, a “bosom friend” if you will, Diana Barry. She wants to fit in with other teens, but Diana’s opinion is what matters to Anne. They spend countless hours together at school, playing after school and on weekends, and going to special events together. They are true to one another and honest with each other. Friendship is not the highest number beside the “friends’ icon on Facebook or most followers on Instagram. It’s the bond that can only be established when two people spend time together. That’s what I wish for my daughter. I want her to experience this type of genuine and true friendship.

I’ve dreamed of meeting her all my life … a bosom friend — an intimate friend, you know — a really kindred spirit to whom I can confide my inmost soul.

Friendship is racing with someone into the bedroom and jumping on the bed with them only to realized that it is occupied by an elderly aunt. It’s taking week-long trips together. It’s going to a picnic and it is having someone there to experience things with for the first time. A friend is someone telling you to get over your pride and see how much someone else cares about you, even if they themselves have a crush on that person. That’s exactly the kind of friendship Anne has with Diana. It requires work and commitment, but it is truly worth it.  And that’s the kind of friendship I want my tween to experience.

And Yet, Anne is a Typical Tween / Teen

As different as Anne’s life is from your tween’s life, she is still very relatable. She dreams about wearing the latest fashion – a beautiful dress with puffy sleeves. If your tween is anything like mine, she’d prefer to spend $100 on the latest and greatest pair of jeans rather than buy herself five pair of jeans and wear a different one every single day of the school week.

She is insecure about her looks – she hates her red hair (and she does something about it). Come on, you can’t tell me that your tween is not starting to experiment with makeup. Maybe a bit of lipgloss or mascara? Or has she, like Anne, tried to dye her hair (with a bit more success, I hope)?

Anne is excited about being invited to Diana’s party and staying over for a sleepover.  Ok, so maybe the party Anne attended wasn’t exactly the kind of a party our tweens would consider fun, but nonetheless, having a girls’ spa night or a movie night and a sleepover at your best friend’s house is definitely something my tween looks forward to every once in a while.

I think, even without the cool gadgets or technology Anne had a pretty good life. Simple, but fulfilling. Full of hardship and hard work, but also full of love, friendship and laughter. So I think that my daughter, and yours as well, could learn a thing or two from Anne. 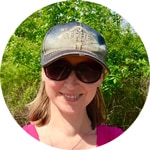 Welcome to Mind Over Latte. I’m Mira. I’m here to offer you interesting and inspiring reads on the topics that matter to me the most: self-care & wellness, personal growth & development; and raising resilient kids & thriving as a family. So grab a coffee, enjoy some motivational reads and let me know what you think in the comments.

Mind Over Latte is a participant in Amazon Services LLC Associates Program, an affiliate advertising program designed to provide a means for us to earn fees by linking to Amazon.com and affiliated sites.